Attorneys for late New Orleans Saints and Pelicans owner Tom Benson are fighting a move by several national media outlets to unseal confidential pleadings and other records filed when Benson's estranged relatives unsuccessfully sought to have him declared mentally unfit in 2015.

Benson attorney James Gulotta Jr. filed a motion Tuesday opposing the release of the documents sought by the Associated Press, CNN, the Wall Street Journal and the Washington Post, according to the Orleans Parish Civil District Court website.

Meanwhile, lawyers for the daughter and grandchildren with whom Benson fell out at the end of his life said in a motion that they had “no opposition” to the unsealing of the case files. While the titles of each motion are public, their contents — along with most of the rest of the record in the case — are sealed.

Benson's side didn't immediately respond to a request for comment.

Attorney Randy Smith, who represents the estranged relatives, released a statement on behalf of granddaughter Rita LeBlanc saying that the public has the constitutional right to access court proceedings.

"There is no valid justification to obstruct the truth" about her family patriarch's "personal care during the final years of his life," LeBlanc's statement said.

Benson’s camp years ago mounted a winning push for Civil District Court Judge Kern Reese to keep the proceedings shielded from public view for medical privacy reasons while the relatives with whom he was feuding objected.

Reese is tentatively scheduled to hold a July 15 hearing on whether the AP and the others even have a right for their request to be heard. The judge is awaiting arguments from all parties about whether the hearing should be open to the public or held behind closed doors, a court spokesman said.

The sealed filings spell out the once-blockbuster battle that pitted Benson against his daughter from his first marriage, Renee Benson, as well as her children, Ryan and Rita LeBlanc. Their legal team argued that the billionaire owner of the NFL’s Saints and NBA’s Pelicans was in poor mental health when he executed a plan that upon his death would leave control of his business empire in the hands of his third wife, Gayle.

Following an eight-day trial five years ago, Reese ruled that Benson was competent. Two higher courts left that decision in place, which allowed Gayle Benson to inherit her husband’s sports teams and other business properties following his death at age 90 in March 2018.

In a 12-page filing dated March 25, a New Orleans-based attorney representing the AP said the record of that court battle should now be unsealed, in part because Benson died more than two years ago.

Lawyer Mary Ellen Roy of the Phelps Dunbar law firm also argued that the public has a right to the information because both the Saints and Pelicans have received millions of dollars’ worth of taxpayer support in the form of “cash payments, tax breaks and inflated rental payments” as part of a deal tying the football team to the Superdome through 2025.

Roy added that the Saints sparked a heightened interest in their operations and ownership after a Catholic clergy abuse lawsuit revealed over the last year that club executives gave public relations advice to the Archdiocese of New Orleans as the church sought to manage a clergy molestation scandal.

eparately, Roy represents the AP in its request for the public release of various communications between the archdiocese and Saints that are sealed in one of several unresolved lawsuits against the church from clergy-abuse claimants.

The request for Reese to unseal the record in the Benson case has sparked interest in legal circles. Judges in Louisiana are given wide berth on questions of sealing records when they relate to mental health issues. But Benson died as Louisiana’s richest man and one of the state’s most famous residents, and the law does acknowledge a diminished expectation of privacy after death.

Benson’s mental competency case was one of three fronts in the complex legal feud that he waged against Renee Benson and her children.

When it was all over in 2017, Benson ceded to LeBlanc control of a family trust fund in Texas which contained a hunting ranch and other businesses.

Meanwhile, to wrap up another dispute, a trust fund set up in Gayle Benson’s benefit — which contains the controlling ownership of the Saints and Pelicans — has been intermittently buying back non-voting shares in the sports teams that had first been placed in trust funds for Renee Benson, Ryan LeBlanc and Rita LeBlanc but which Tom Benson wished to reclaim. 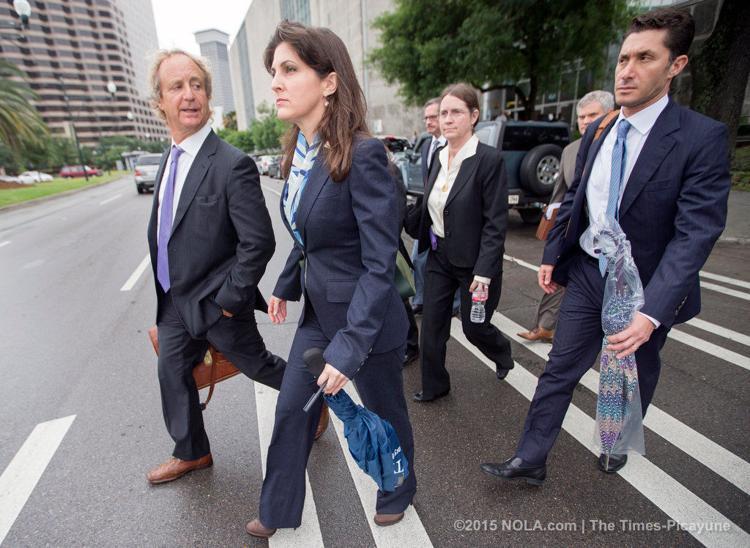