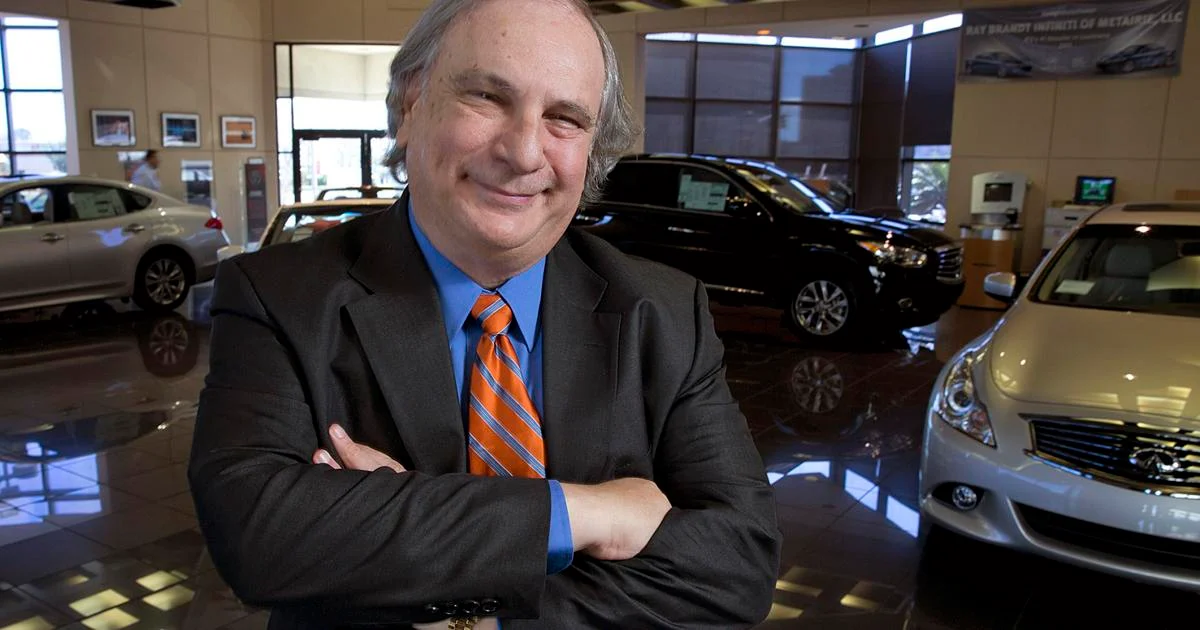 Jessica Brandt, the widow of auto magnate Ray Brandt, is nearing a settlement with her two adult grandchildren to end their bitter feud over an estate valued at more than $300 million.

The high-stakes succession battle was set for a showdown this week in a Jefferson Parish courtroom over a challenge to the last will and testament that Ray Brandt signed in late 2019 at the Old Metairie mansion where he died weeks later of pancreatic cancer.

In that will, Ray Brandt, 72, stripped control of his estate from his soon-to-be widow, Jessica Brandt, now CEO of Ray Brandt Auto Group. Instead, he named Marc Milano, principal at Archbishop Rummel High School, as trustee with control over a network of dealerships and collision centers employing hundreds across Louisiana and Mississippi.

Since then, Jessica Brandt has waged a fierce legal battle against Milano and her two grandchildren, Alexis and Zachary Hartline. A bitter family rift erupted over the succession, replete with eviction threats, allegations that Jessica Brandt committed financial misconduct, and a defamation suit that she filed against Milano.

Attorneys for the Hartlines and for Todd Dempster, the chief operating officer of Ray Brandt Auto Group who is challenging the 2019 will, confirmed that a pending deal was the reason 24th Judicial District Judge Lee Faulkner shelved the hearing.

1/2 Dempster’s attorney, Philip Franco, said this week that the “parameters” of an agreement had been worked out. While details remain, he said the parties are aiming for a final deal before a new, June 28 court date. The Hartlines’ attorney, Randy Smith, also confirmed the reason for the delay.

Neither attorney agreed to discuss details of the settlement or who would control the auto empire while Jessica Brandt is alive. In any scenario, she will draw the income from the estate while she lives. When she dies, all of the estate’s assets will be split between the Hartlines. Childless, Ray Brandt adopted them weeks before his death.

Brandt wants to end the spat between her and her relatives, her attorney said Friday. “From the outset of these difficult proceedings, Jessica Brandt’s objectives have been to address the outstanding issues and reunite her family," Dave Sherman said. "We are hopeful and thankful that all parties seem to be moving in that direction.”

A settlement would end two years of fighting over the legitimacy of Ray Brandt’s 2019 will, as Jessica Brandt pressed to upend it without running afoul of a “no contest” clause that could leave her out. At her request, Faulkner reviewed three wills that Ray Brandt signed, in 2019, 2015 and 2010. The judge deemed the most recent two wills invalid because of a legal defect in how they were notarized, settling on the 2010 will that placed Jessica Brandt in control.

But higher courts vacated that ruling, saying Faulkner needed a “direct” challenge to overturn the probated 2019 will. Enter Dempster, whose challenge Faulkner was set to hear Thursday and Friday.

Faulkner had recently ruled that the parties could introduce testimony about the day that witnesses and a notary gathered with Ray Brandt at the Old Metairie mansion to attest to the 2019 will. Jessica Brandt was among several witnesses slated to testify.