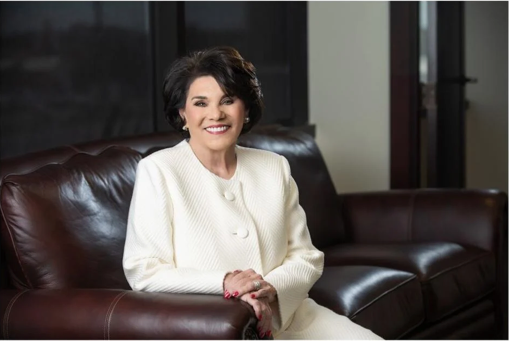 A state appeals court has breathed new life into a legal challenge to the last will and testament that auto sales magnate Ray Brandt signed weeks before his death in 2019, cutting out his widow, Jessica Brandt, from control over an empire of dealerships spanning two states.

A panel of the 5th Circuit Court of Appeal ruled this week that Todd Dempster, chief operating officer of Ray Brandt Auto Group, has legal standing to challenge Brandt's will, though he’s not an heir or a relative. Barring appeal, the decision clears a significant legal hurdle for Jessica Brandt in a yearlong succession fight against her two grandchildren, Alexis and Zachary Hartline, and Marc Milano, principal at Archbishop Rummel High School.

Ray Brandt named Milano as trustee in the will he signed before his death from pancreatic cancer at age 72. In that role, Milano would replace Jessica Brandt, currently CEO of the auto group, in overseeing 15 dealerships and a half-dozen collision centers across Louisiana and Mississippi, through a trust that Ray Brandt set up to hold the assets of his estate after he died.

Under any of three wills in play, Jessica Brandt will receive income from the estate while she's alive, but when she dies, the trust dissolves and the Hartlines split the assets. In the meantime, she has pressed to have the 2019 will thrown out while steering clear of a “no contest” clause that could threaten the massive income stream he left her from an estate valued at more than $300 million.

At Jessica Brandt's request, 24th Judicial District Judge Lee Faulkner Jr. early this year agreed to choose among three wills that Ray Brandt left behind. Faulkner found that Brandt’s probated 2019 will, and another he signed in 2015, both contained a fatal flaw in the way they were notarized. That left a 2010 will, naming Jessica Brandt as trustee. But an appeals court rejected Faulkner’s ruling, saying he needed a “direct” challenge to toss the 2019 will.

Meanwhile, Dempster claimed he had the right to challenge it, since Brandt had named him as a backup executor in his 2010 will. Faulkner denied Dempster’s challenge, but the appeals court reversed him again. In an opinion by 5th Circuit Judge Hans Liljeberg, the court noted that Dempster potentially would be paid 2.5% of the estate’s value as executor -- or several million dollars. That lent him enough “justiciable interest” to challenge Brandt’s will, the court found.

“Obviously we’re happy with the decision, and we intend to move forward and re-urge our petition to annul the 2019 will,” said Philip Franco, Dempster’s attorney with the Adams and Reese law firm.

Milano’s attorney, Tim Madden, said he was weighing an appeal to the Louisiana Supreme Court.

“We maintain that our legal position is correct, and that Mr. Brandt’s last will will ultimately be determined to be valid,” Madden said. “Our objective remains to have Mr. Brandt’s dying wishes fulfilled.”

David Sherman, Jessica Brandt’s attorney, has argued Ray Brandt never meant to assign control of the dealerships to Milano, only to place him in a formal role as a family advisor. Sherman said that while they were pleased with the ruling, “our objective is, as it has always been, to resolve this litigation.”

Looming over the fight is a Louisiana Supreme Court decision this year, in which a narrow court majority shifted away from a strict adherence to “formalities” in the notarizing of wills, emphasizing the desires of the deceased.

Randy Smith, an attorney for the Hartlines, said there were “numerous witnesses” to the signing of Ray Brandt’s 2019 who can testify that it was signed legally before a notary and two witnesses.

“The Hartlines are confident that, if this case has to proceed, the 2019 Testament will be upheld no matter who challenges it,” Smith said in a statement. “Ultimately, Ray Brandt’s heirs are hopeful that there will be a sensible resolution that honors his last wishes and provides for the best interests of the family, the dealerships, and their loyal customers.”